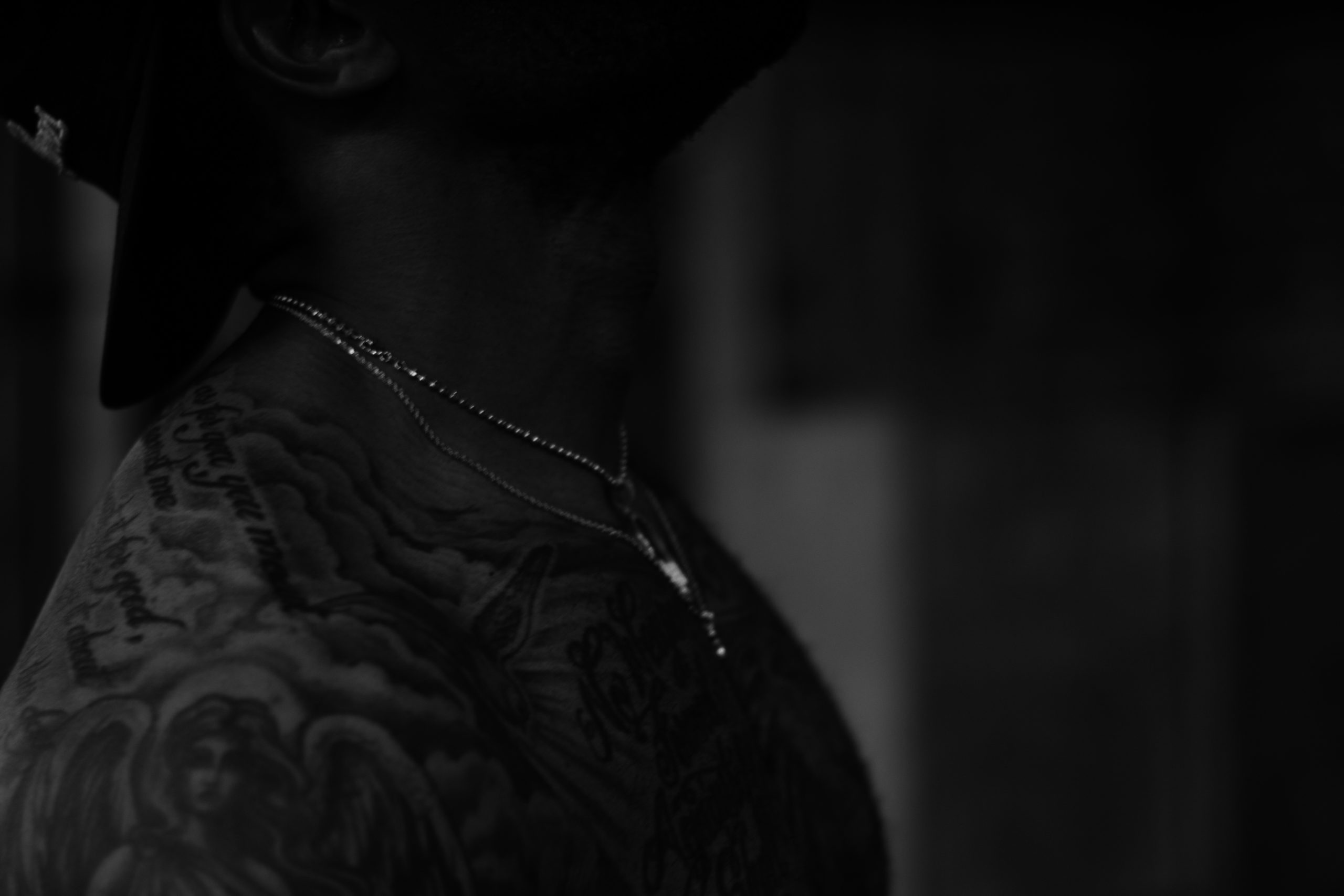 It is the quality of our thoughts, words, and deeds that determine how long we "live". Many experience death long before their physical heart stops beating. This is what the Savior meant when He proclaimed that "the dead are not alive and the living will not die". There is so much more to a person than their physical body and we as a community must learn to value the spirit, soul, and feelings of a person more than the "looks" and "material wealth".

END_OF_DOCUMENT_TOKEN_TO_BE_REPLACED 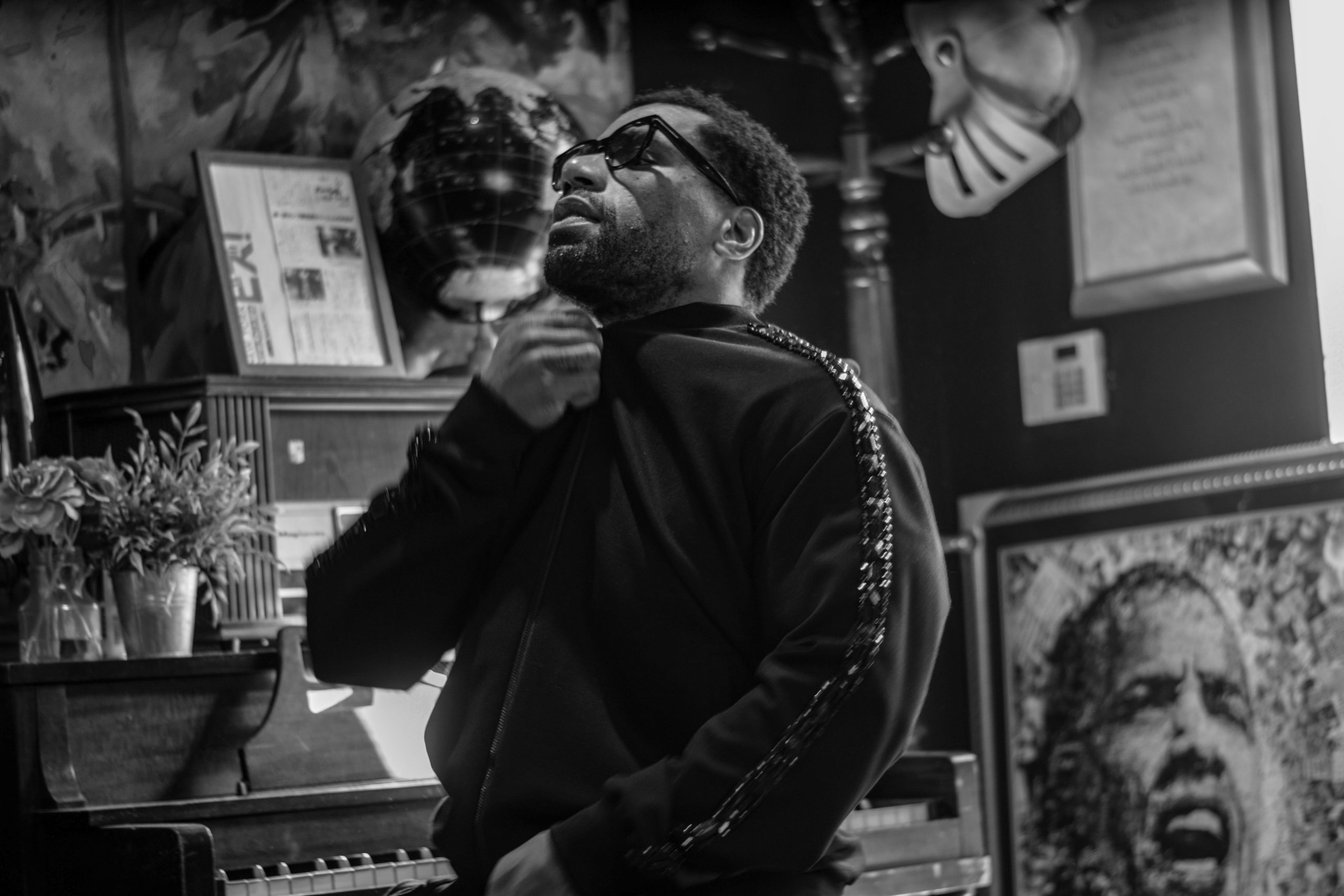 Life is a continuous vibrational energy manifested at various modes and rates of intensity.

The lower, slower vibrations are easily accessible at any moment to the five senses. These are basically materially reactive while the Higher/ Faster vibes travel at a pace not accessible to the five senses. These higher vibrations require a different level of consciousness to interact with them. Every second of the day we are in communication, even when we are silent.

As we have said, consciousness (and spirit) dominate the higher vibrational frequencies. Higher isn’t necessarily better, but these opposite poles give us a clear distinction between which frequencies we are communicating at any given time and what may need adjustment. With this distinction in place we are empowered to ask ourselves, “Is this my higher self thinking or is this my lower?” before reacting in any situation and then we can actually decide how we are going to be.

It is my belief that if we truly grasped this concept as a nation, we would gain access to levels of understanding and sharing never before seen in the history of this country. There would be no bickering over material objects like money or surface differences like skin color and sexual orientation, no discourse over things that really shouldn’t matter to any of us. Every interaction would be uplifting to the collective consciousness, always demonstrating compassion for who we really are: enlightened beings having a temporary human experience together. We would easily know how low we are willing to go and what it would cost if we were to step outside of our own personal frequency to match someone else's.

When we reserve judgement only for ourselves, we recognize that we too have done things that were very low vibrational in nature and while we may have ascended to higher levels of awareness since then, others may be at a totally different vibration and space in their own spiritual journeys. Grace is a high vibration.

Each energy we come into contact with is specifically designed to assist us on our way.

This week brings the energy of reunion. Jacob, operating at the higher side of the pole, had just returned from a 34 year exile after a dispute with his Brother. Understandably concerned with his brother’s wrath, there were steps that he knew to take before reconnecting with the dominant energy he’d escaped from years back. Esau had remained in the home country and prospered materially.

This story reveals to us two seemingly irreconcilable energies. Without awareness (central column) or the ability to harmonize, these energies needed space from each other. Judging by the eventual reconciliation and all that they had acquired during the separation, temporary disassociation proved to be the best path for them. The season of healing had arrived, not only because of the time away from each other, but because of the actions they took during that time.

Jacob had spent 34 years climbing through loss, love, deception, and karmic lessons before one final struggle with the opponent to earn his final blessing. He’d literally fought for his life, and the insight he had acquired at his height connected him powerfully to the higher side of the pole! No lower vibration can withstand the energies of grace, mercy and love present our aura after we do the self work. It is true blessing to be in the presence of those who have acquired such attributes. All the while Esau had only managed to acquire material wealth and despite the conflict that had initially separated them, Esau was overcome with grace and mercy at the first sight of his brother after all. Anger didn't stand a chance...

This story has many hidden lessons, but the main one we learn is that our lower nature is always inclined to yield to a dominant higher consciousness.

History teaches us that this is an inescapable lesson as our life pendulum continually swings toward the negative aspects. The lower nature will always be here, rendering any disassociation temporary in nature. But there is always a way of escape!

Conflict and confrontational moments, such as the ones Jacob went through, allow us to ascend to higher spiritual planes, understanding our position in the universe. They are necessary. It is all masterfully designed for us to ascend.

Remember All is connected. Even though we may seem separate, energy doesn’t work that way. It never rests and it never really disconnects.

Action steps for this week: 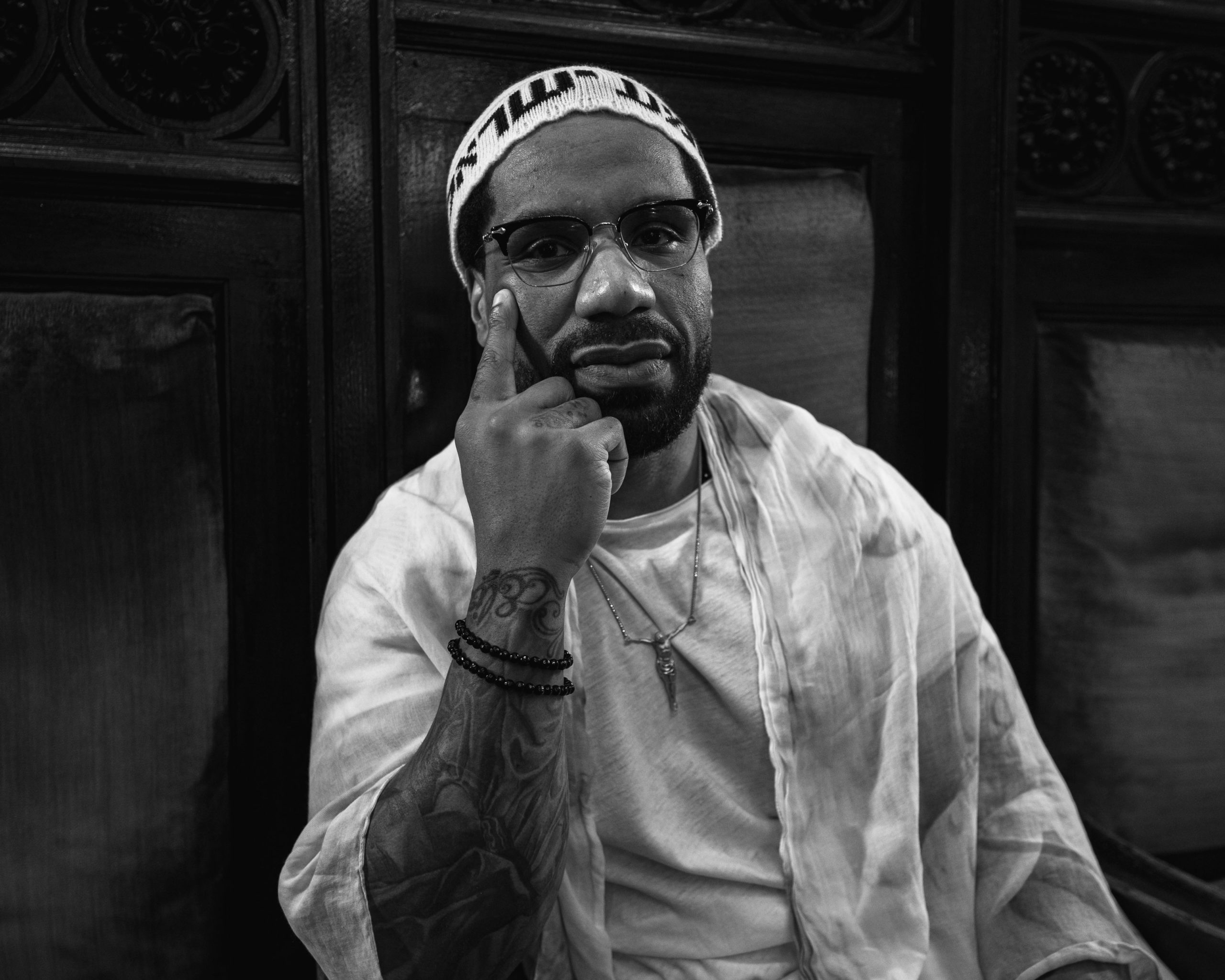 I never look down on any man I'm not willing to make an effort to help up. I've been there before. Hopeless. Misunderstood. It's lonely striving to do better and having to teach yourself, as you go along. Mistake after mistake.

END_OF_DOCUMENT_TOKEN_TO_BE_REPLACED

Most training sessions have become opportunity to withdraw from my everyday grind and focus on me. Im honest with myself about the things I need to do in order to improve and what my priorities are.

END_OF_DOCUMENT_TOKEN_TO_BE_REPLACED 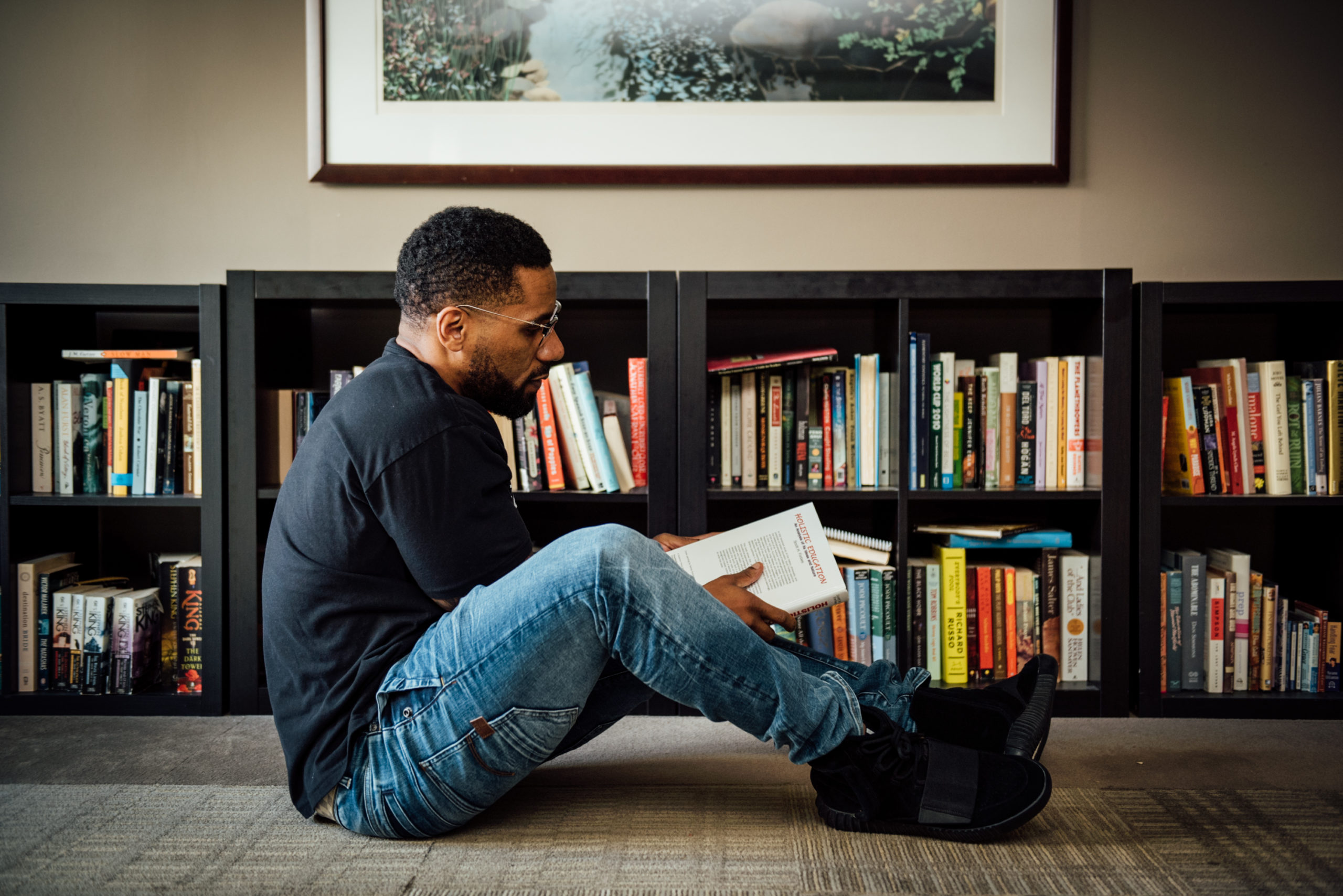 “Gift and the Curse”

When it's God-given, no man can take it away. Trust the process. Every time I thought I lost, it turned into an opportunity to get better. It taught me that what is for me shall be for me.

END_OF_DOCUMENT_TOKEN_TO_BE_REPLACED

Movements in the gym must transfer to everyday tasks in order to be considered functional. There is no point in training in a manner or style that is not useful to what you actually do on a daily basis.

Deadlift - The king of full body integrated movements, for strengthening the posterior chain. As simple in theory, as picking a weight up and placing it back down. An action we as humans, perform every single day.  Load, repetitions and frequency are all person/goal specific. Each variation initiated through the hips are assistive in building hip strength, advanced lifting techniques and posterior stability. Do them. Often.

Plank/FLR - Core stability is a challenge in this movement. As with anything, proper form is the priority. The correct musculature must be forced to stabilize the body in order to keep the benefit. Scapular stability, in conjunction with upper body muscular endurance, are also largely beneficial through this movement.

Goblet Squat - One of few strength movements that address mobility. The resistance is held chest level, through out the transition, from standing to squat and back up. This will stimulate a neutral spine as the anterior load is the catalyst for posterior activation. Weight position also builds strength in the abdominal and quadricep areas.

Turkish Get Up/TGU - A full body integration movement that readily promotes stability, coordination and balance through multi directional stabilization movements. It can be rehabilitative and preventative at a manageable load, step by step, ground to standing and back. Heavier load may be used to build strength.

Farmer’s Carry - The single most transferable thing you can do in a gym. You pick a weight up (or two), stabilize yourself and take a walk. That simple. Once described as a “moving plank”, it is another core stabilizer. In addition to grip and leg strength, the entire posterior chain is strengthened with every step. Scapular stability and rotator cuff activation are added bonuses.

Get access to latest news and all the features by subcribing here.